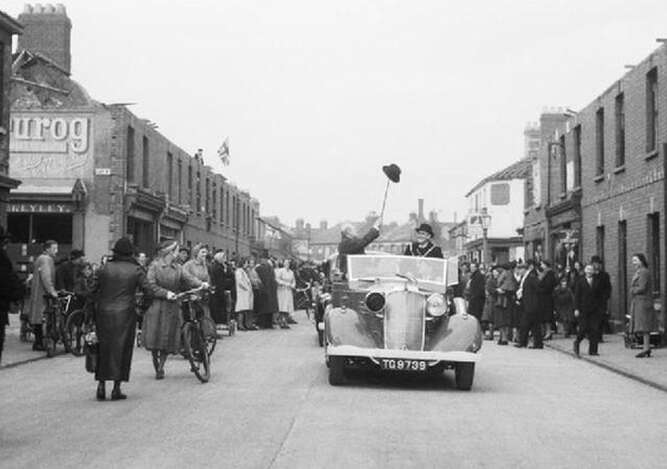 Crofts Hotel was originally built in 1867 and its address was 14 - 15 Crofts street.In the 1941 blitz the premises were destroyed by enemy action.

Being rebuilt for Hancocks Brewery as their flagship and completed in 1957 as The Crofts, it now stands on the site of numbers 14-17 Crofts Street. Although the pub still retains its original address of 14-15, numbers 16 and 17 were never rebuilt. The original 1867 deeds hang on the function room wall.

In 1970 the Crofts changed hands when Bass Charrington bought it for the princely sum of £50,000.

In September 2010 the premises were bought by Wastrel Limited a local private company.